Ultra-long bolts are usually constructed by the method of torque-one-axis force. They are divided into two stages: initial and final twisting. Torque coefficient refers to the coefficient between the torque and the axial force of the bolts in the process of tightening. Generally speaking, it has a great relationship with the friction coefficient of the friction surface and the geometric condition of the thread connection pair.
For a specific ideal screw connection pair, when the friction coefficient is determined, the torque coefficient will be determined, but the actual screw connection inevitably has manufacturing errors, sometimes there are even defects such as screw scratches, rust and so on. At this time, even if a group of screw connection pairs of skyscraper friction coefficient remains constant, its torque. The coefficient will inevitably have some divergence. It is not a constant corresponding to friction.
In extreme cases, when interference occurs with the ultra-long bolts, the axial force of the bolt may be small, although the tightening torque is large enough. Usually, according to the different thread connection mode, surface friction condition and thread manufacturing quality, K value varies in the range of 0.100 – 0.450. 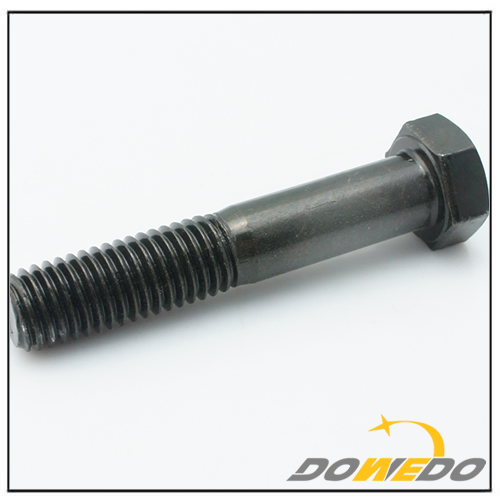