The distinction between a bolt and a screw is commonly misunderstood. There are several practical differences, but most have some degree of overlap between bolts and screws. High Strength Titanium Bolt Nut

The defining distinction, per Machinery’s Handbook, is in their intended purpose: Bolts are for the assembly of two unthreaded components, with the aid of a nut. Screws in contrast are used in components which contain their own thread, and the screw may even cut its own internal thread into them. Many threaded fasteners can be described as either screws or bolts, depending on how they are used.

Bolts are often used to make a bolted joint. This is a combination of the nut applying an axial clamping force and also the shank of the bolt acting as a dowel, pinning the joint against sideways shear forces. For this reason, many bolts have a plain unthreaded shank (called the grip length) as this makes for a better, stronger dowel. The presence of the unthreaded shank has often been given as characteristic of bolts vs. screws, but this is incidental to its use, rather than defining.

Mechanical properties, imperial
These types of bolts are designed to be tightened to near their proof strength, in order to create significant bolt tension. The standard states that the bolts must be tightened to at least 70% of the tensile yield strength. These bolts use the same material as their common cousins (ASTM F568M for metric bolts), but have a thicker and wider head to more effectively distribute the load. This modified geometry is often referred to as heavy hex geometry. Nuts must meet ASTM A563, which also uses heavy hex geometry. Dimensions of heavy hex geometry are per document ANSI/ASME B18.2.6, which uses “coarse” threads as defined by Unified Thread Standard. 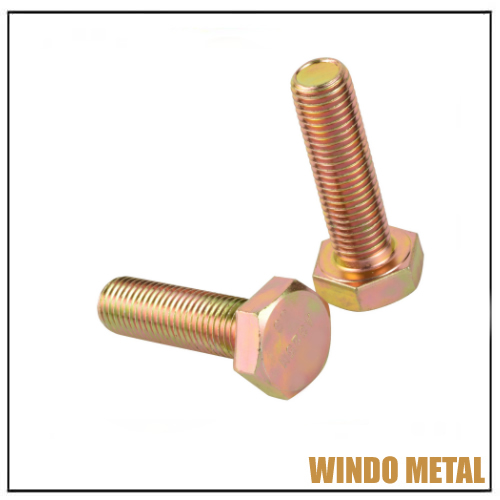 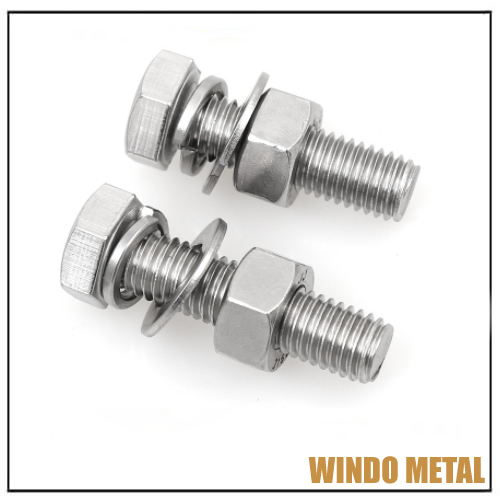 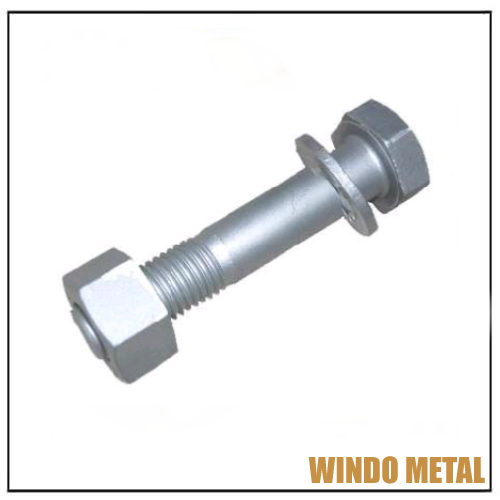 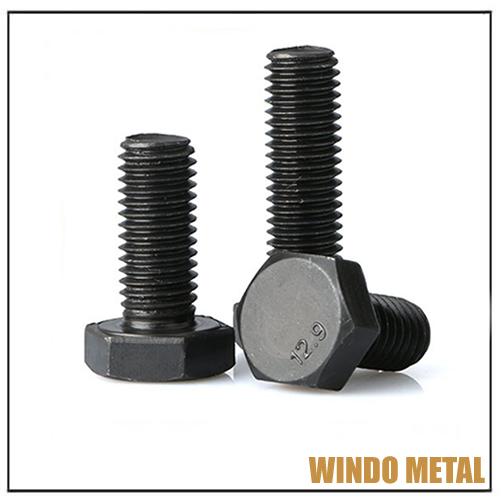